Previous events in this workshop series


SKETCHES are created by humans through an iterative process and reflect one’s sketching skills, taste, world perception and even character IN JUST A SET OF SPARSE LINES. Being the result of semantic, perceptual, or conceptual processing, sketches are distinctive from photos.

While the Computer Vision and Machine Learning communities have firmly invested in reasoning with photos, sketch data just recently got into the spotlight. This shift of focus on using sketch data has already started to cause a profound impact on many facets of research on computer vision, computer graphics, machine learning, HCI and artificial intelligence at large. Sketch has not only been used for image RETRIEVAL, 3D MODELING, USER INTERFACE DESIGN, but also as a key enabler in our fundamental understanding of VISUAL ABSTRACTION, CREATIVITY, and EXPRESSIVITY. Developing such understanding is impossible with photos.

This (series of) workshop aims to BRING TOGETHER RESEARCHERS FROM INTERDISCIPLINARY RESEARCH FIELDS in the community to consolidate cross-discipline insights, IDENTIFY AND ENCOURAGE NEW RESEARCH DIRECTIONS, and ultimately foster the growth of the sketch research community. 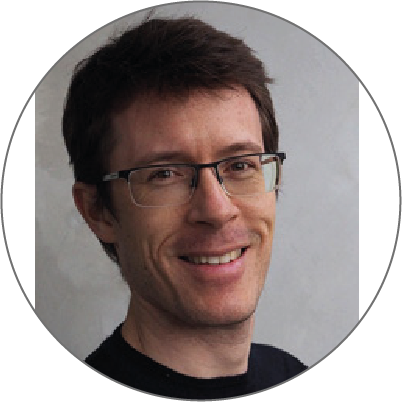 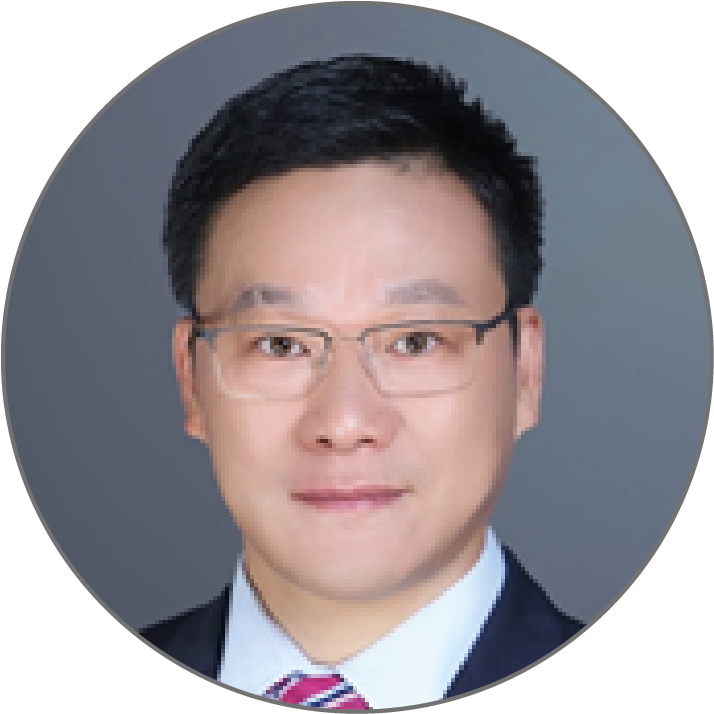 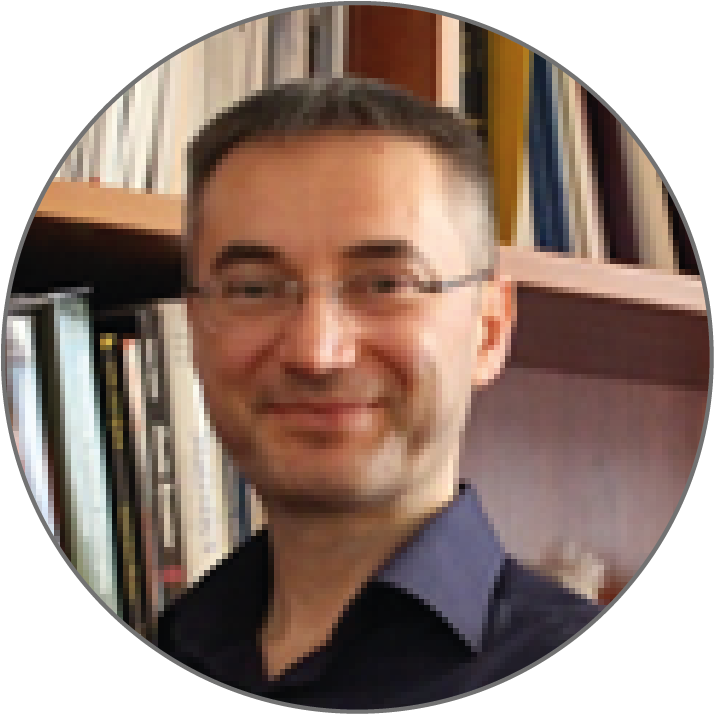 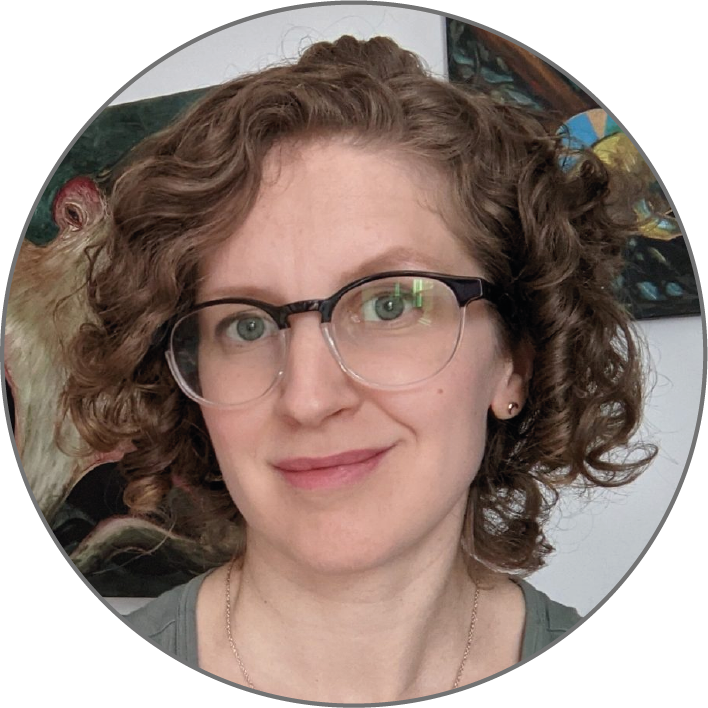 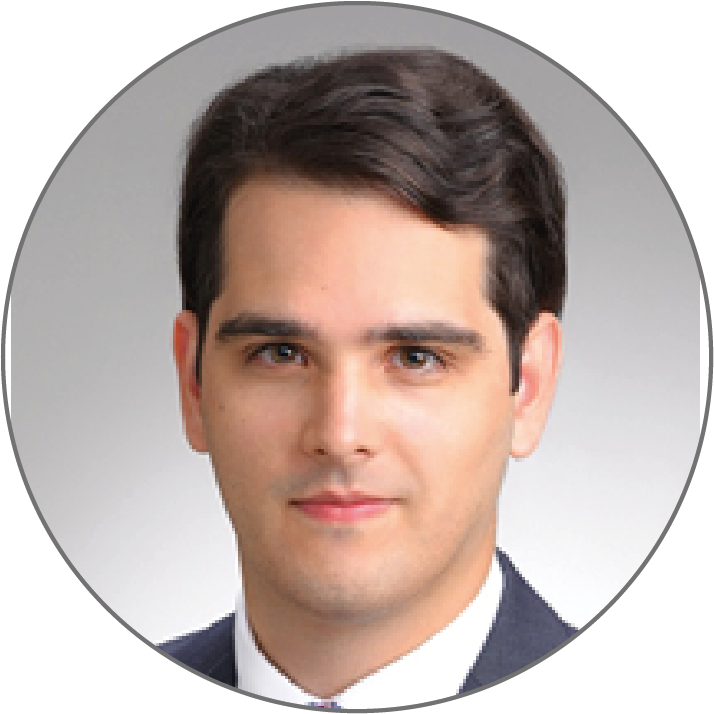 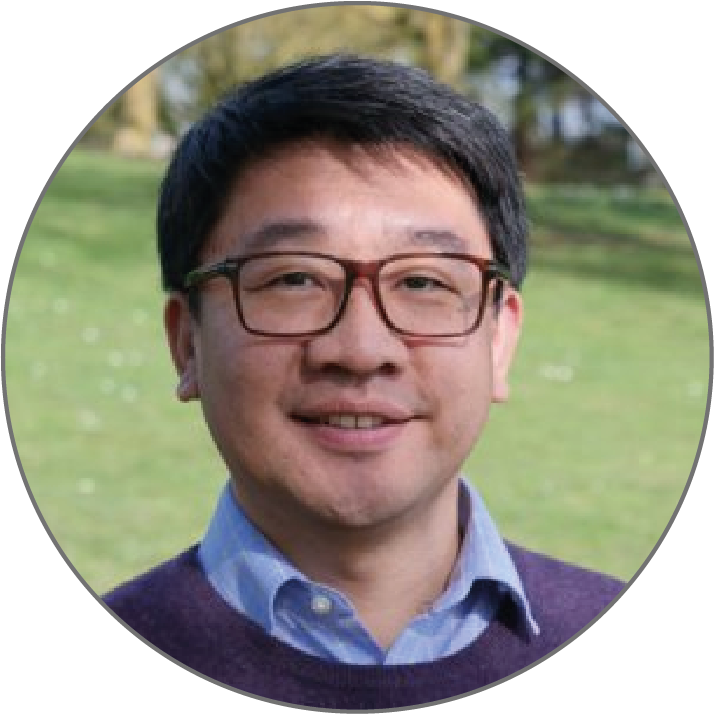 Dr. Metin Sezgin graduated summa cum laude with Honors from Syracuse University in 1999. He completed his MS in the Artificial Intelligence Laboratory at Massachusetts Institute of Technology in 2001. He received his PhD in 2006 from Massachusetts Institute of Technology. He subsequently joined the Department of Computer Science at the University of Cambridge as a Postdoctoral Research Associate. Dr. Sezgin is currently an Associate Professor in the College of Engineering at Koç University, Istanbul. His research interests include intelligent human-computer interfaces, multimodal sensor fusion, and HCI applications of machine learning. Dr. Sezgin is particularly interested in applications of these technologies in building speech- and pen-based intelligent interfaces. Dr. Sezgin held visiting posts at Harvard University and Yale University. He is an associate editor of the IEEE Transactions on Affective Computing, and the Computers & Graphics journal. His research has been supported by international and national grants including grants from the European Research Council, and Turk Telekom. He is a recipient of the Career Award of the Scientific and Technological Research Council of Turkey. As a consultant, Dr. Sezgin led technical teams in a diverse range of industries, including automotive, banking, defense, telecom, and retail.

Dr. Masha Shugrina is a Senior Research Scientist at the NVIDIA Toronto AI Lab, where she manages a group focused on creative applications of AI and efforts to accelerate research. Her key research interest is enabling AI to work in the interactive loop, enhancing rather than replacing creativity. She has pursued her passion for creativity-enhancing applications and robust software engineering in many other settings. She defended her PhD at the University of Toronto, where she investigated the design playful and intelligent creative tools, receiving Canada's Alain Fournier Award for Outstanding Doctoral Dissertation in Computer Graphics and founding colorsandbox.com. Prior to this, she was a Research Engineer at Adobe Research (Cambridge, MA), where she led the Playful Palette project. Before Adobe, Masha got her Master’s from MIT, where she worked on customizable models for 3D printing. Before returning to graphics research, Masha had an established engineering career as a Senior Software Engineer / Tech Lead at Google (NYC and Zurich). She is also an avid oil painter, whenever she can find the time.

His general research interests are in the intersection of computer vision, computer graphics, and machine learning with applications to large-scale real world problems.

Prof. Cheng Deng received the B.Sc., M.Sc., and Ph.D. degrees in signal and information processing from Xidian University, Xi’an, China. He is currently a Full Professor with the School of Electronic Engineering at Xidian University.

Prof. Yi-Zhe Song is a Professor of Computer Vision and Machine Learning, and Director of SketchX Lab at the Centre for Vision Speech and Signal Processing (CVSSP), University of Surrey. He obtained a PhD in 2008 on Computer Vision and Machine Learning from the University of Bath, a MSc (with Best Dissertation Award) in 2004 from the University of Cambridge, and a Bachelor's degree (First Class Honours) in 2003 from the University of Bath. He is an Associate Editor of the IEEE Transactions on Pattern Analysis and Machine Intelligence (TPAMI), and Frontiers in Computer Science – Computer Vision. He served as a Program Chair for the British Machine Vision Conference (BMVC) 2021, and regularly serves as Area Chair (AC) for flagship computer vision and machine learning conferences, most recently at ECCV’22 and CVPR'22. He is a Senior Member of IEEE, a Fellow of the Higher Education Academy, as well as full member of the EPSRC review college. 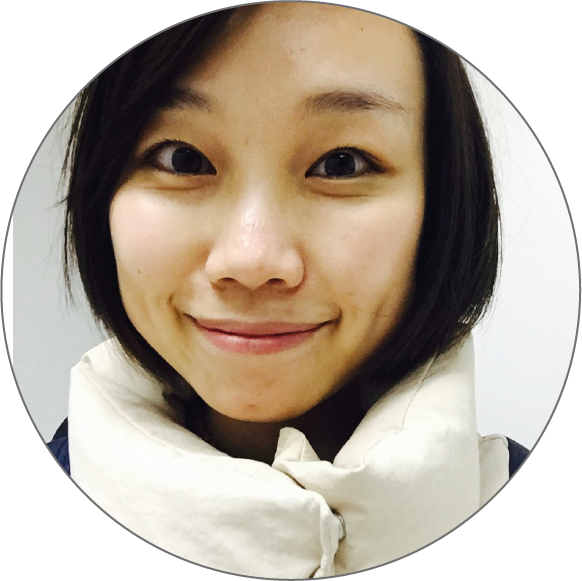 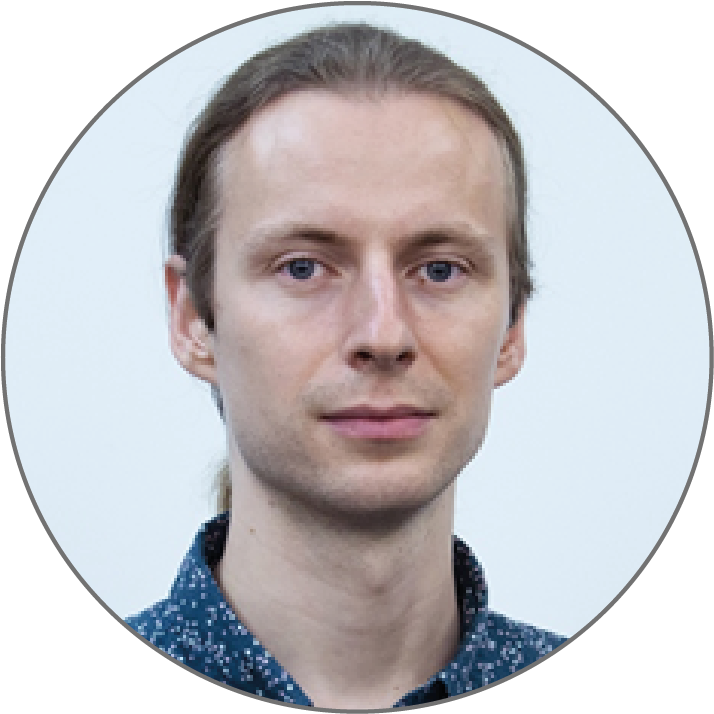 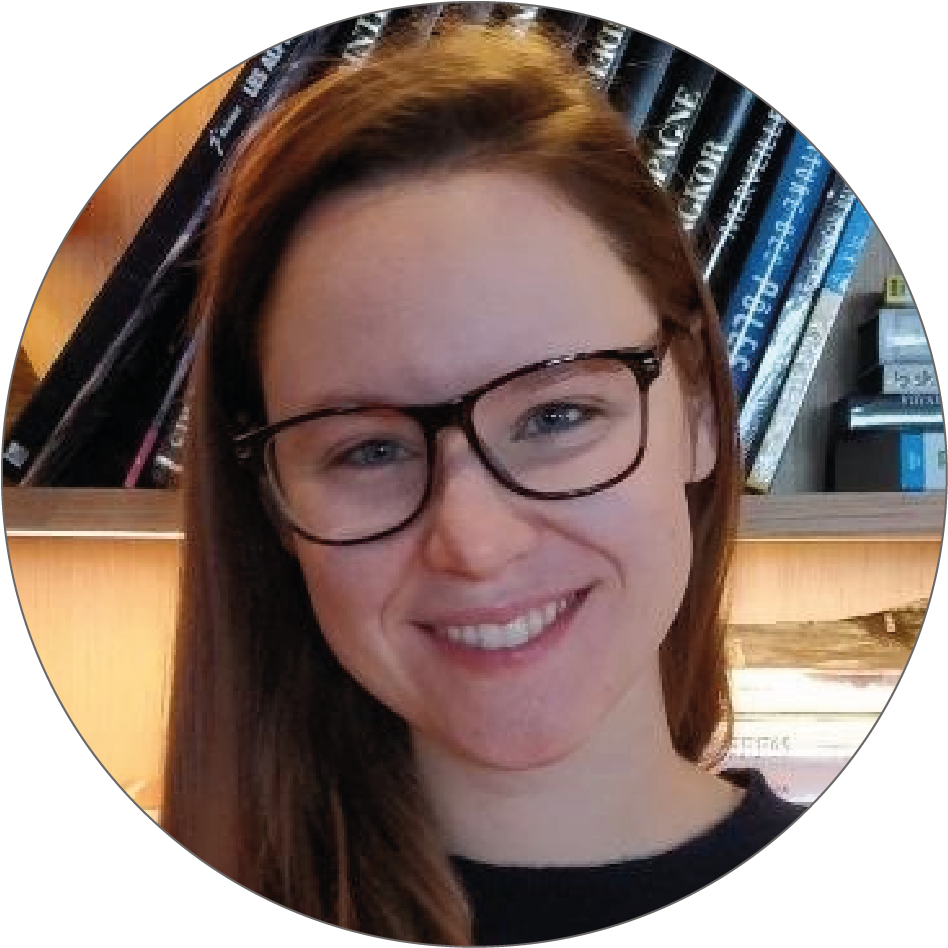 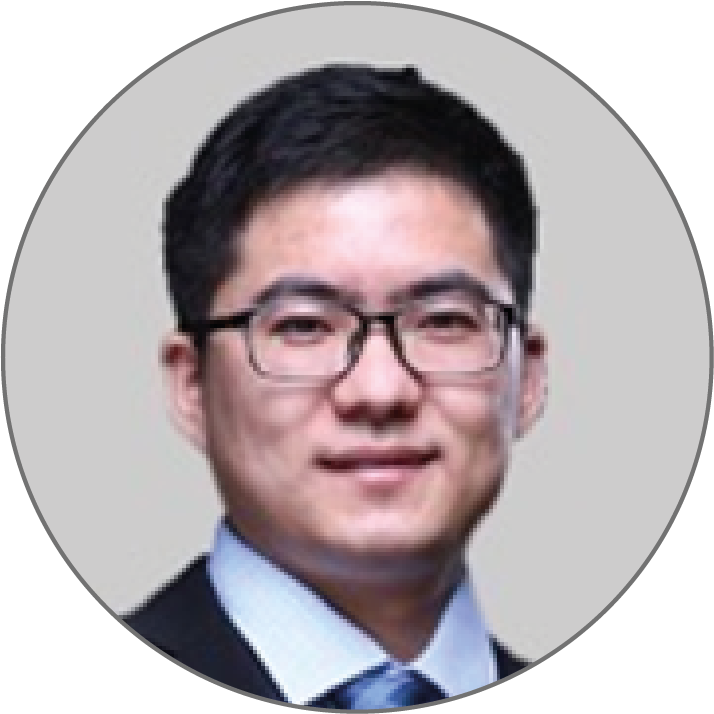 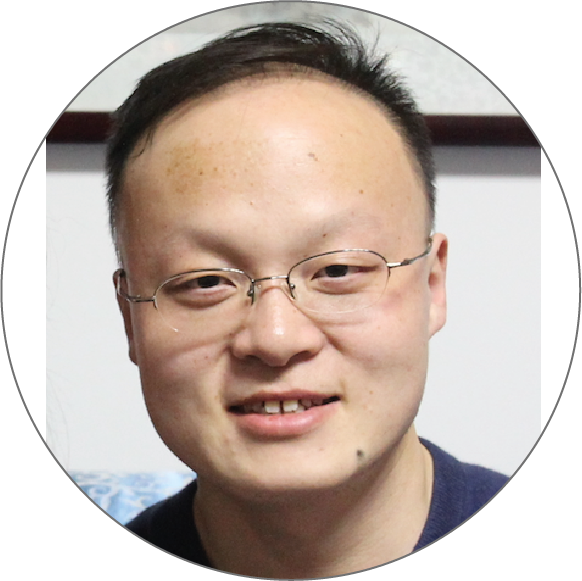 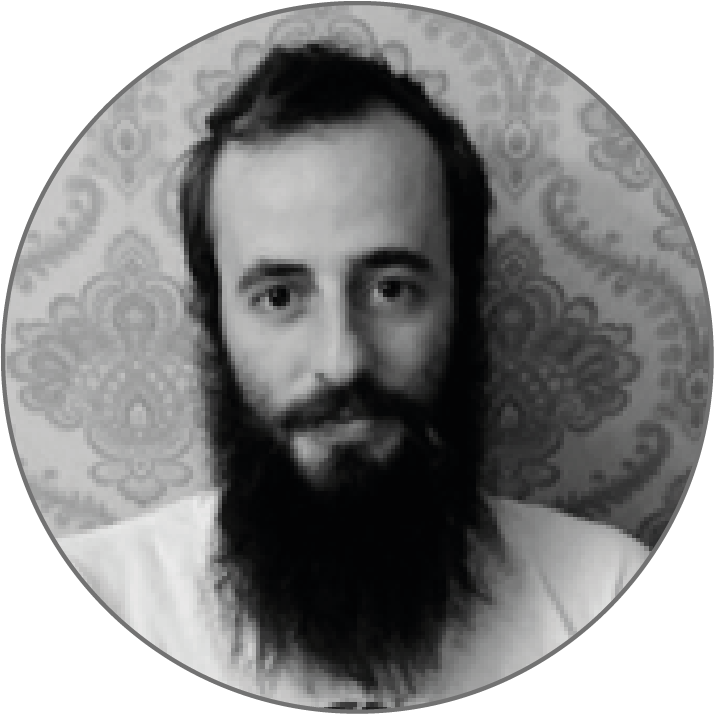 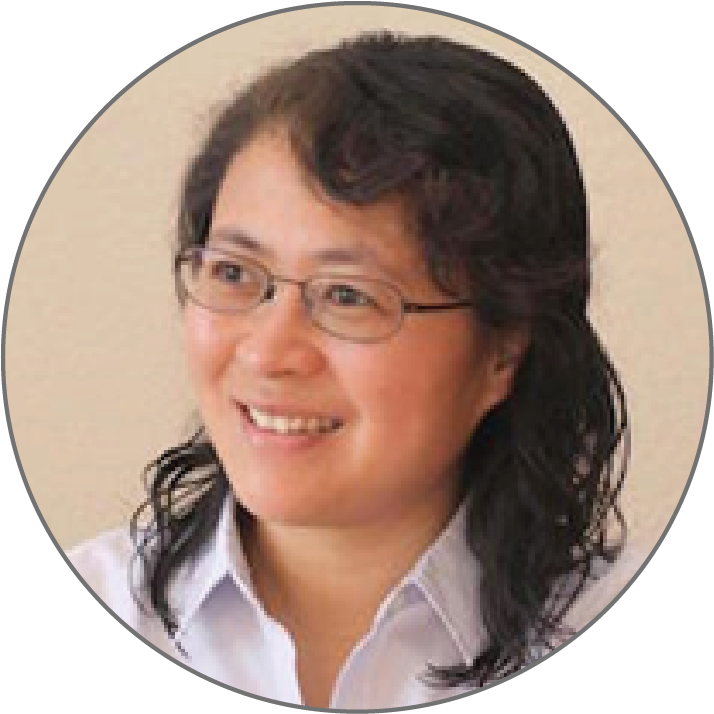 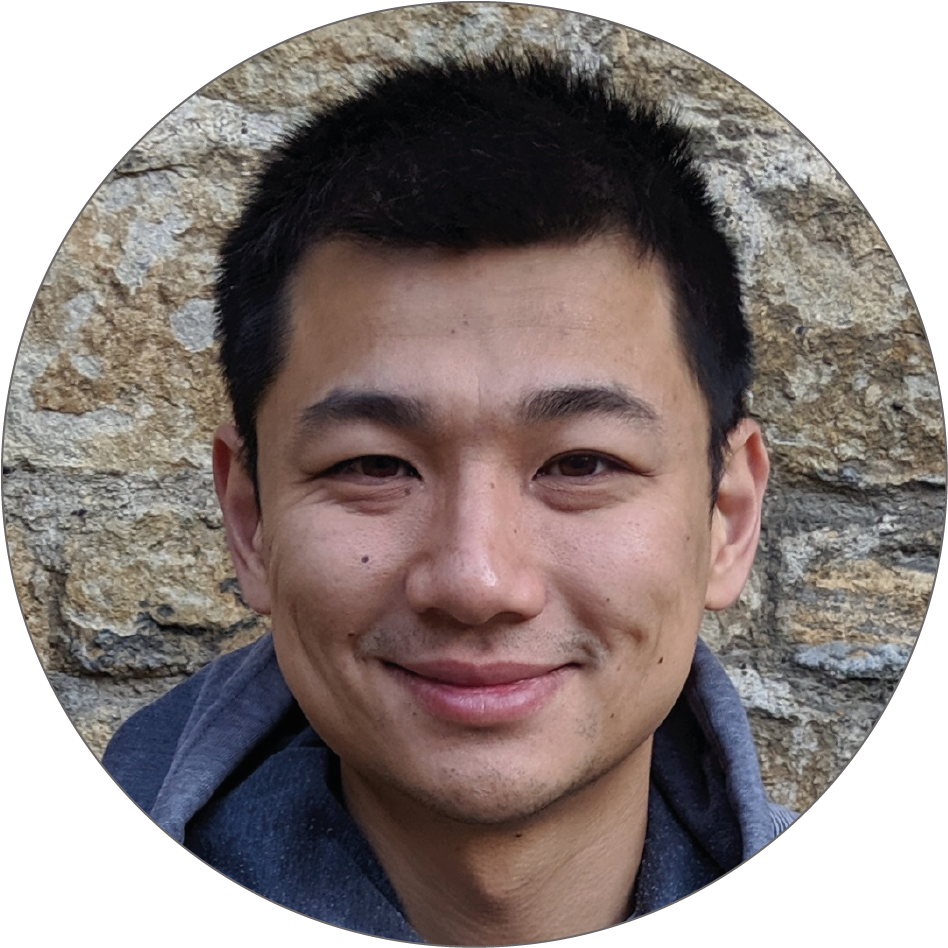 Dr. Yulia Gryaditskaya is an Assistant Professor (Lecturer) in Artificial Intelligence at Surrey Institute for People-Centred AI and CVSSP, UK. Prior to that, she was a Senior Research Fellow (2020-2022) in Computer Vision and Machine Learning at the Centre for Vision Speech and Signal Processing (CVSSP), in the SketchX group, led by Prof. Yi-Zhe Song. Before joining CVSSP, she was a postdoctoral researcher (2017-2020) at Inria, GraphDeco, under the guidance of Dr. Adrien Bousseau. She had the opportunity to visit MIT and collaborate with Prof. Fredo Durand, MIT, CSAIL, and Prof. Alla Sheffer, UBC, British Columbia. She received her Ph.D. (2012-2016) from MPI Informatik, Germany, advised by Prof. Karol Myszkowski and Prof. Hans-Peter Seidel. While working on her Ph.D. (in 2014), she did a research internship in the Color and HDR group in Technicolor R&D, Rennes, France, under the guidance of Dr. Erik Reinhard. She received a degree (2007-2012) in Applied Mathematics and Computer Science with a specialization in Operation Research and System Analysis from Lomonosov Moscow State University, Russia.

Yulia's research is on how AI can be used to facilitate creative process and help boost human creativity and expressivity in the context of sketching and 3D modeling.

Dr. Qian Yu is an associate professor at Beihang University. Before joining Beihang, she was a postdoctoral research fellow at UC Berkeley / ICSI, 2018-2019, working with Dr. Stella Yu. She received her Ph.D. degree from the Queen Mary University of London in 2018, advised by Dr. Yi-Zhe Song and Prof. Tao Xiang. Her research is on computer vision and deep learning, focusing on human sketch understanding, including synthesis, recognition, and related applications.

Qian has published her work on sketch understanding at top computer vision journals and conferences, such as IJCV, CVPR, ICCV, and ECCV. Her work on sketch recognition, ‘Sketch-a-Net that Beats Humans’, was awarded as the ‘Best Scientific Paper’ at BMVC 2015.

Dr. Yonggang Qi is an assistant professor (lecturer) at Beijing University of Posts and Telecommunications (BUPT), Beijing, China. He received his PhD degree in Signal Processing at BUPT in 2015. From 2019 to 2020, he was a visiting scholar at SketchX Lab at the Centre for Vision Speech and Signal Processing (CVSSP) in University of Surrey. He also worked as a guest PhD at Aalborg University in Denmark in 2013 and a visiting researcher at Sun Yat-sen University in China in 2014. His research interests include perceptual grouping, and sketch-based vision tasks such as sketch-based image retrieval (SBIR), sketch recognition, sketch generation and language-based sketch understanding.

His research interests include perceptual grouping and sketchbased vision tasks, and he has published over 10 sketch papers, including at CVPR, ICCV, TIP, TCSVT etc.

Dr. Stella Yu is the Director of Vision Group at the International Computer Science Institute, a Senior Fellow at the Berkeley Institute for Data Science, and on the faculty of Computer Science, Vision Science, Cognitive and Brain Sciences at UC Berkeley.

Dr. Yu is interested not only in understanding visual perception from multiple perspectives, but also in using computer vision and machine learning to automate and exceed human expertise in practical applications.

Dr. Giorgos Tolias is an Assistant Professor at CTU in Prague and is leading a team within the Visual Recognition Group. Previously, he was a post-doc at Inria, Rennes. His work got the Best Science Paper Award - Honorable Mention at BMVC 2017 and has served as an AC for ECCV 2020. He co-organized workshops on Visual Instance-Level Recognition at prior major computer vision conferences such as CVPR, ECCV, and ICCV.

Giorgos’s research interests include sketch recognition on which he has published at CVPR’17, ECCV’18, and IVC’18.

Dr. Mikhail Bessmeltsev is an Assistant Professor at Universite de Montreal, Quebec Canada. He did his postdoc at MIT (CSAIL) with Justin Solomon in Cambridge, MA. Before, he completed his Ph.D. in Computer Science at the University of British Columbia (Vancouver, Canada). Before that (2004-2010) he did his Bachelor’s and Master’s at Mechanics & Mathematics Department of Novosibirsk State University (Akademgorodok, Novosibirsk, Russia).

Sketching lies at the center of his interests, with a focus on sketch-based modeling and beautification. His work on sketching is regularly published at ACM TOG, CGF, and ICLR.

Dr. Xiaoguang Han is an Assistant Professor, a presidential young fellow at the Chinese University of Hong Kong, Shenzhen, and a research scientist at Shenzhen Institute of Big Data. He obtained a Ph.D. degree in computer science from The University of Hong Kong in 2017. His papers were selected as best paper finalists of CVPR 2019 and paper award nominees of CVPR 2020.

His work on deep sketch-based 3D modeling and sketch-based image synthesis is published at top graphics conference and journals, such as ACM TOG and Pacific Graphics, and top UI conference UIST.